It’s in the can

|   Harrison Sapir
Other than that a can will not break if it is dropped on concrete, I cannot think of a good reason why anyone ever can a good beer. But it seems to be trendy right now with new microbrews. So instead of missing out on some great new beers, I will put my bias away … Read the rest →
Leave a comment

|   Harrison Sapir
I’ve recently been to Germany, where I felt as though I put a dent in the country’s beer reserves. I had a starry-eyed love affair with nearly every bottle or pint I drained. Many full bodied lagers and ales that all were medium to full bodied, lightly hopped and contrary to warnings from others, ice … Read the rest →
Leave a comment

|   Harrison Sapir
It doesn’t take much convincing for me to try anything from the mad men at Brew Dog. I have heard about the insane 50-60% alcohol brews, and I have sampled a few of their more pedestrian offerings that available here in the USA. To be honest, I am a sucker for a high ABV brew. … Read the rest →
Leave a comment

Diversity is the pillar of mankind. And beer. 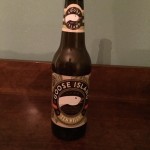 Which brings me to the problem with most India Pale Ales. I feel like Goldilocks in the bear’s house, this one is not hoppy enough, that one is too weak, and don’t get me started on the big beer companies attempts to pass off watered down IPAish crap wrapped in microbrew looking labels. Which is … Read the rest →
Leave a comment
⇧