If a thing’s worth doing… →

I’ve recently been to Germany, where I felt as though I put a dent in the country’s beer reserves. I had a starry-eyed love affair with nearly every bottle or pint I drained. Many full bodied lagers and ales that all were medium to full bodied, lightly hopped and contrary to warnings from others, ice cold. And so I was seduced by this in the cooler: 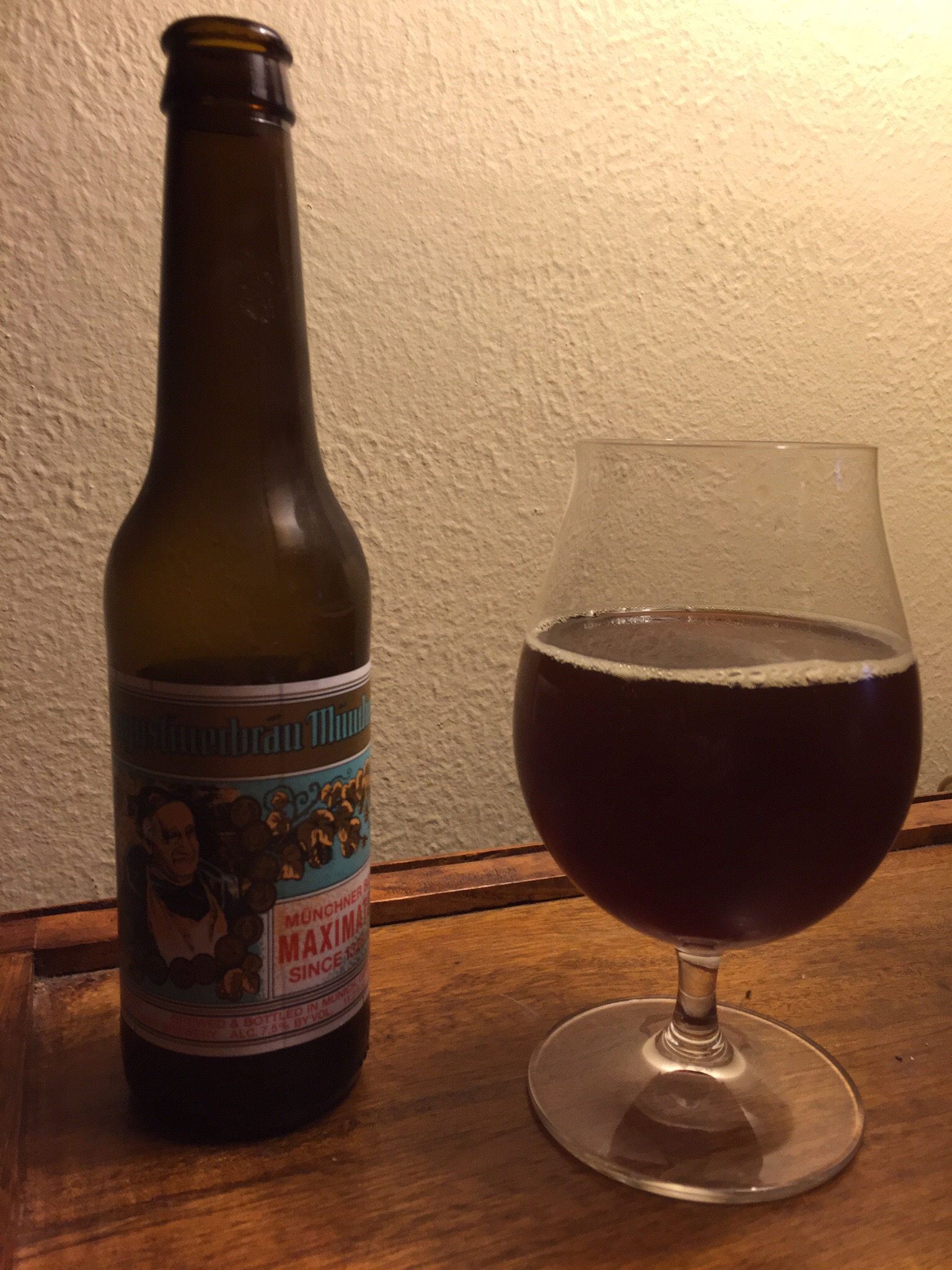 Sadly, it hasn’t been a fond rekindling.

Munchner Bier Maximator from Augustiner Brewery in Munich (if you hadn’t already guessed) seemed like a no-brainer. 7.5% ABV with a nice dark amber color, and just look at that folksy German label: 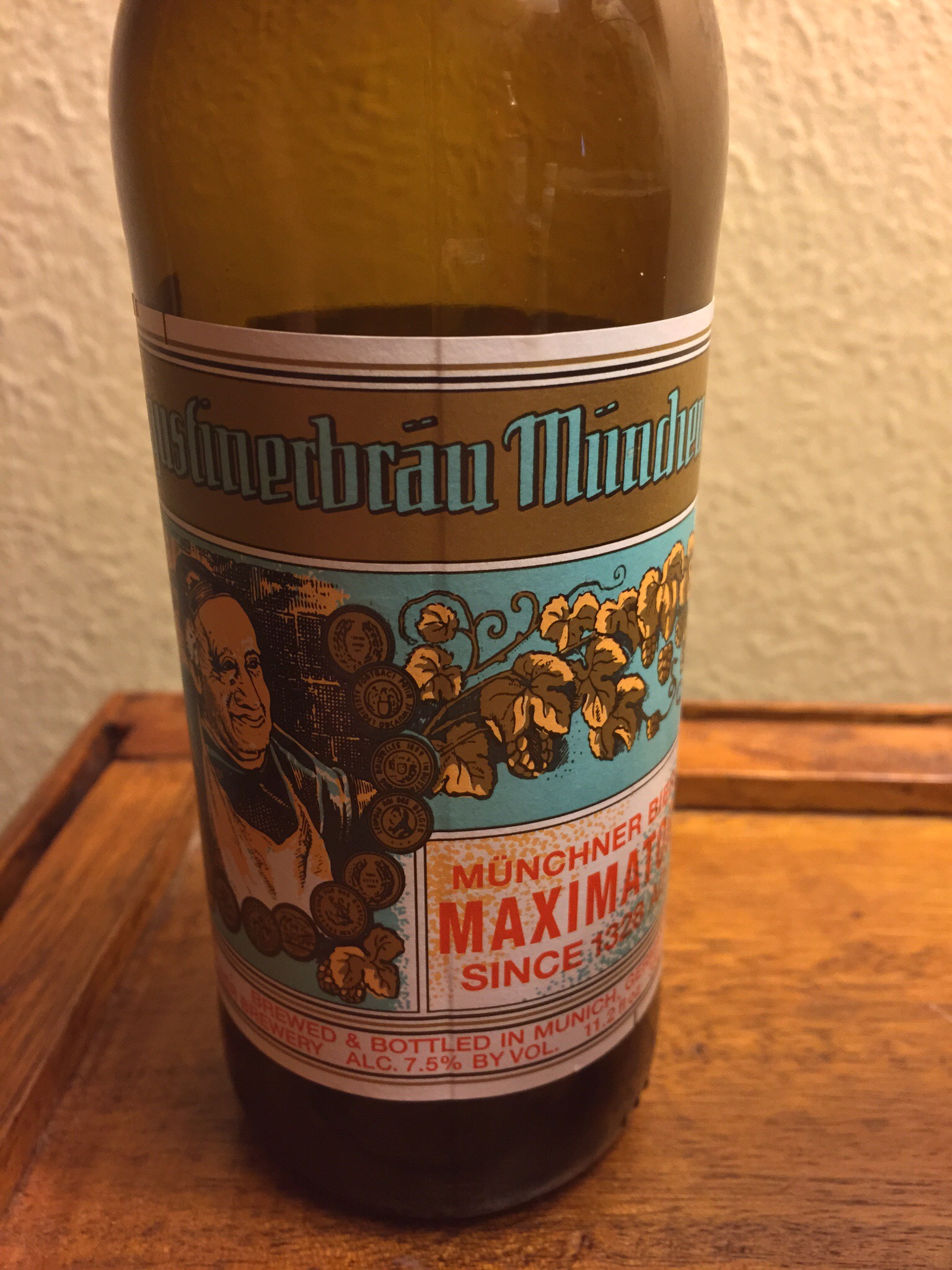 At the checkout in my local liquor store, the clerk smiled and said “man, that’s a great beer!” And gave me the nod of “this guy must have great taste!” I felt invincible and relevant to beer lovers everywhere. Now, I (possibly arrogantly) think that a know a great deal about beer, and I have found myself enjoying some brews that make others pucker and search for chasers. But honestly, who likes this shit? At first, the nose delivered a rich, malty invitation, and it followed with an initial full mouth feel that seemed to support what I thought would come next. But that’s where the party broke up. This old Munchner must be old, because all that I could taste from there was prune juice. I assume that no prune related products were used to brew this beer, as it has been around since the old German purity law forbidding any ingredients not called water, barley or hops to be used to brew beer. So. Somewhere in the process, it must come in contact with a barrel or perhaps stored in the open air for souring.

According to the label, Maximator has been in production since 1328. So clearly there is a following for nauseating sour fruit-like beer. I picture a grumpy crew of old German dudes in a smoky bar in Munich slowly suffering down this sicky brew. So I did a search for opinions (apparently the internet is full of them) on Maximator, and I found many favorable reviews. There were a few poetic entries describing toffee and molasses, one reviewer exclaimed “it’s a joy to sniff!” So either I got a bottle from an off quality batch, or more likely, the reviews were favorable because the writers were too embarrassed to admit that a five dollar bottle of pretensions was liquid garbage.

Posted in:
Tagged:
bookmark the permalink

If a thing’s worth doing… →